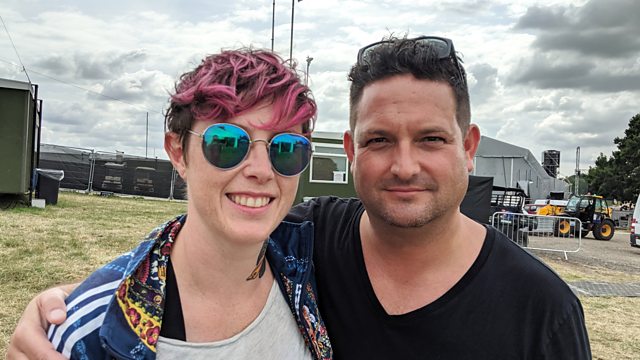 The music industry can be notoriously hard on the psyche. Chris Hawkins talks music and mental health with Idles, Wolf Alice, She Drew the Gun, John Grant and Bill Ryder-Jones.

It can be hard to see past the fame when a band's up on stage at a music festival.
But in this, the second part of Playing Well, Chris Hawkins looks beyond the glossy exterior to talk to musicians about how they manage in an industry which demands late nights, exhausting nerves and proximity to substances which are going to make you feel worse in the long run.
From the moshpit at Oxfordshire's Truckfest, he heads out to find the bands living on the road, talks staying fit for fatherhood with Idles, the perils of social media with Wolf Alice's Ellie Rowsell and asks John Grant why some artists use their problems as starting points for creativity.
In his West Kirby studio, Bill Ryder-Jones talks about the episode which saw him leave one of the UK's biggest bands, and eventually address his own mental health in a solo career which draws on his own challenges and anxieties.

Chris Hawkins with Mark Bowen and Joe Talbot from IDLES.