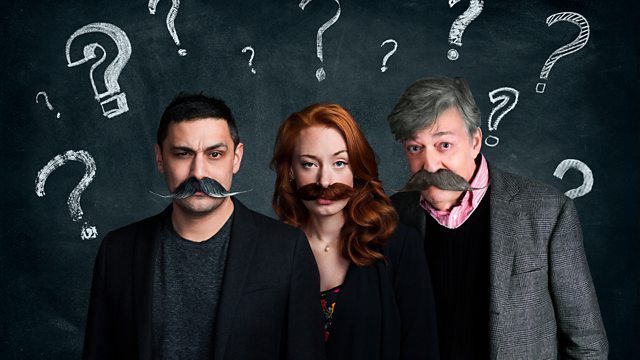 Stephen Fry (no relation) asks Adam and Hannah to investigate the following question:

"All my life I have been mildly plagued by the fact that I have a quite appalling ability to remember faces. I cut people I should know well dead in the street, or at least fail to recognise them in a way which must often be hurtful.

At a party I can talk to someone for ten minutes and then see them again twenty later and have no idea who they are unless I’ve made an effort to fix some accessory or item of their dress in my mind. If I see them the next day in another context I’ll have no idea who they are. It’s distressing for me inasmuch as I hate the idea that people might think I am blanking them, or think little of them, don’t consider them significant and so forth.

I’d be very grateful if my sister-in-surname and her eximious partner Adam could investigate prosopagnosia for me and offer any hint add to as to its cause or even possible – I won’t say “cure” as I am sure it’s chronic and untreatable – but at least any interesting ways of relieving it."

Hannah and Adam call in the experts, neuroscientists Sophie Scott and Brad Duchaine. Why is it that some people struggle with prosopagnosia, whilst others never forget a face?

You can find out more about Face Blindness, who it affects and how to cope with it by visiting www.faceblind.org.uk/

The Heart of the Antimatter—Series 14