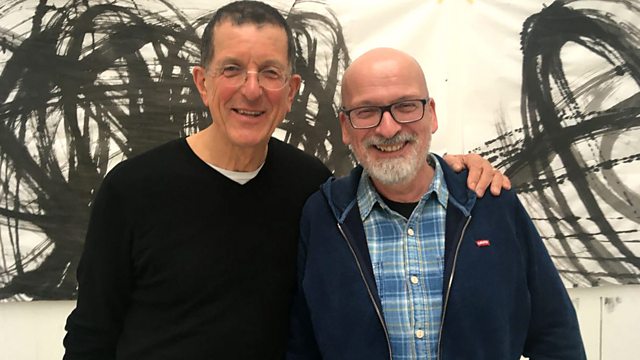 Booker Prize-winning novelist Roddy Doyle meets Antony Gormley, whose works include the Angel of the North near Gateshead.

Roddy Doyle is the author of 11 novels including The Commitments, which was adapted into a successful film and stage musical, The Snapper, and Paddy Clarke Ha Ha Ha, which won the Booker Prize. His most recent novel, Smile, focuses on institutional abuse at a Christian Brothers secondary school, and draws on his own experiences.

Antony Gormley is best known for the giant Angel of the North near Gateshead. His work can also be seen at Crosby Beach on Merseyside, where 100 cast-iron figures stand looking out to sea. His current exhibition, at the Royal Academy in London, includes a work called Clearing, which fills a gallery with 8 km of aluminium tube, and Host, which floods another with earth and seawater.