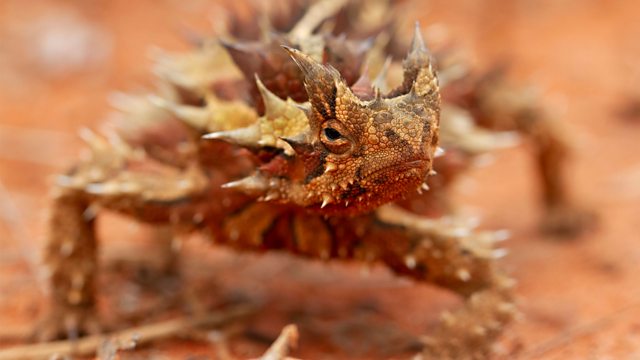 How cultured are animals? It’s a question the marine biologist Karsten Brensing explores as he studies dolphins calling one another by name, ducklings scoring well in abstract reasoning, and the loyalty, forgiveness and empathy that are becoming apparent in the animal kingdom. He tells Andrew Marr that the latest scientific findings reveal animals with behaviour and cognitive sophistication very similar to our own.

The intricate lives of animals and birds plus their spectacular habitats are on television screens this autumn with the BBC’s series Seven Worlds, One Planet. In a forthcoming episode the producer Emma Napper shows how species isolated on Australia have evolved like nowhere else on Earth: from the most dangerous bird in the word, the cassowary, to desert reptiles that drink through their skin.

Although concern for animals has been expressed since ancient times, it was only in the early 19th century that the first laws protecting animals were passed. The historian Diana Donald looks back at the chequered past of animal welfare, and the pioneering woman who helped bring about change. While cattle and domestic animals were protected under laws in 1822 and 1835, it took decades until wild animals were included.

Rhinos were once found throughout Eurasia and Africa, but now three of the five rhino species face extinction unless drastic action is taken to counter poaching and habitat loss. This has led scientists, including Professor Fritz Vollrath of Oxford University, to come up with the ingenious invention of fake rhino horn. Using horse hair and regenerated silk the fabricated horn is almost indistinguishable with the real thing, and could be used to undermine the market in rhino horn.

Dr Emma Napper is the producer of the ‘Asia’ and ‘Australia’ episodes of Seven Worlds, One Planet.  Emma has worked on a number of David Attenborough series showcasing animal behaviour, including Life In The Undergrowth, Madagascar, Life, Life Story and Planet Earth II.

Seven Worlds, One Planet continues on BBC One on Sundays at 6:15pm.

Karsten Brensing is a German marine biologist, behavioural scientist and author who works as a scientific reviewer and author of popular science books on the welfare of animals, especially dolphins.

What do Animals Think and Feel? is published by Head of Zeus.

Diana Donald, an independent scholar, is the author of Picturing Animals in Britain 1750-1850, and the prize-winning Endless Forms: Charles Darwin, Natural Science and the Visual Arts.

Women Against Cruelty: Protection of Animals in Nineteenth-Century Britain is published by Manchester University Press.

Fritz Vollrath is a Professor at Oxford University’s Department of Zoology, with research interests ranging from spider behaviour and web ecology to silk chemistry and polymer physics.