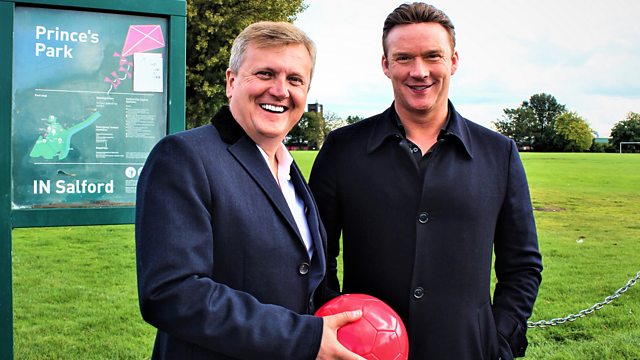 Singer Russell Watson tells Aled Jones how a near-death experience transformed his Christian faith. Hymns include In Christ Alone, Ave Maria
and Be Thou My Vision.

Singer Russell Watson tells Aled Jones how a near-death experience transformed his Christian faith. Born and bred in Salford, Russell explains how he took his first musical steps and then got his big break when he began to perform at sporting events. He quickly became affectionately known as the Voice. However, at the height of his career, Russell was diagnosed with a brain tumour, and although a successful operation saved his life, this brush with his own mortality was to change him.

Russell is reunited with the Christian surgeon who saved his life and he reveals how, after his illness, his faith became stronger. At his home, Russell and Aled reflect on music, singing and faith, and Russell's family describe how his life has changed since he became a person of faith. This special episode also features performances by Aled and Russell, including In Christ Alone, The Lord's My Shepherd and Ave Maria. Other hymns include Be Thou My Vision and My Jesus My Saviour.