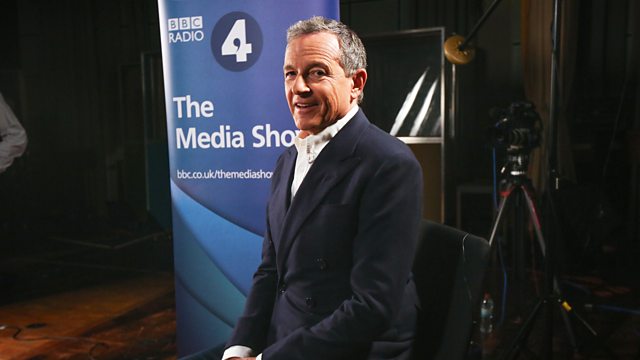 Extended interview with the man who's transformed Disney

As CEO of Disney since 2005, Bob Iger has transformed the company with the acquisition of entertainment brands like Marvel, Lucasfilm and 20th Century Fox.

In this UK exclusive interview, Bob Iger talks about his life and career, from working as a weatherman to becoming one of the most powerful figures in global media. Iger’s autobiography is called The Ride Of A Lifetime.

This programme includes a clip of Michael Eisner presenting on The Disney Channel (September 1990), a clip from The Lion King (1994) directed by Roger Allers and Rob Minkoff, a clip of the late Roy E. Disney speaking in a promotional video for his Save Disney campaign (2005), and a clip from the trailer for Toy Story (1995) directed by John Lasseter.

The journalists who took down Harvey Weinstein

The NYT and The FT