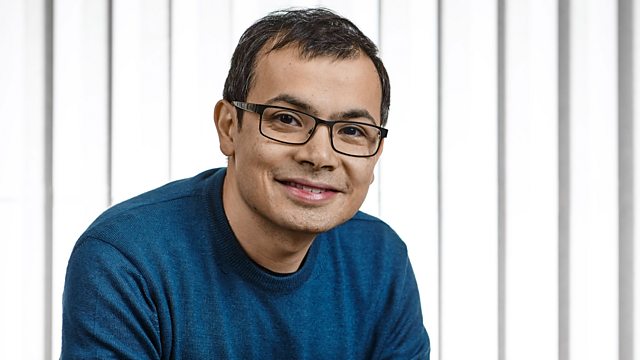 In the 200th episode of The Life Scientific, Jim Al-Khalili finds out why Demis Hassabis wants to create artificial intelligence and use it to help humanity.
Thinking about how to win at chess when he was a boy got Demis thinking about the process of thinking itself. Being able to program his first computer (a Sinclair Spectrum) felt miraculous. In computer chess, his two passions were combined. And a lifelong ambition to create artificial intelligence was born.
Demis studied computer science at Cambridge and then worked in the computer games industry for many years. Games, he says, are the ideal testing ground for AI. Then, thinking memory and imagination were aspects of the human mind that would be a necessary part of any artificially intelligent system, he studied neuroscience for a PhD.
He set up DeepMind in 2010 and pioneered a new approach to creating artificial intelligence, based on deep learning and built-in rewards for making good decisions. Four years later, DeepMind was sold to Google for £400 million. The company’s landmark creation, Alpha Go stunned the world when it defeated the world Go champion in South Korea in 2016. Their AI system, AlphaZero taught itself to play chess from scratch. After playing against itself for just four hours, it was the best chess computer in the world. (Humans had been defeated long ago).
Many fear both the supreme intelligence and the stupidity of AI. Demis imagines a future in which computers and humans put their brains together to try and understand the world. His algorithms have inspired humans to raise their game, when playing Go and chess. Now, he hopes that AI might do the same for scientific research. Perhaps the next Nobel Prize will be shared between a human and AI?
Producer: Anna Buckley

Saiful Islam on materials to power the 21st century