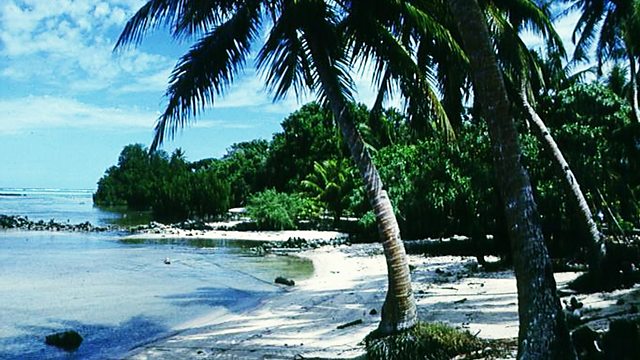 Daniel Defoe's Robinson Crusoe was first published on 25 April 1719. By the end of the 19th century it had become the most reissued, adapted and translated novel in the world.

Over the years, this island adventure story has been interpreted in a huge variety of ways: by critics as the first ever novel in English; by political theorists as an allegory of colonialism; by economists as a story of primitive accumulation; by anthropologists as a classic statement of nature and civilisation; and by educationalists as a story of learning by doing.

The book has also inspired countless creative works, from Gulliver’s Travels, Swiss Family Robinson and Treasure Island to Lost In Space, Cast Away and The Martian. Not forgetting several reality TV shows and the ever popular Desert Island Discs.

Three hundred years on from Robinson Crusoe's publication, cultural historian Christopher Frayling sets sail through the BBC archive to explore the creation and legacy of this controversial text.

Here's Looking at You, Parents!