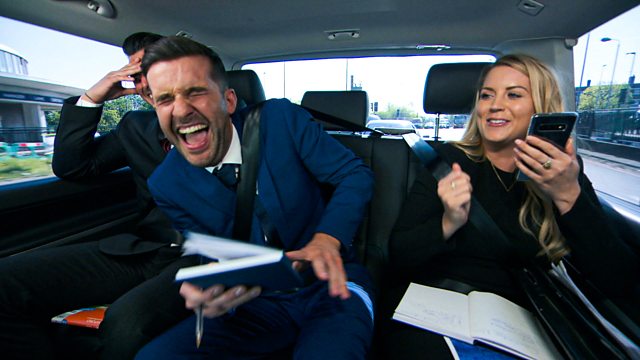 The Apprentice Series 15
Episode 5 of 14

Lord Sugar sends the candidates to the historic university cities of Oxford and Cambridge, where they will attempt to procure nine items that are associated with both places.

As the candidates relax at home with their feet up, they are shocked by a surprise visit from the boss himself.

Lord Sugar reveals that their task for week five will see them heading to the historic university cities of Oxford and Cambridge to procure nine items that are associated with both places.

Half of the team will head to Oxford, while the other half travel to Cambridge. The added difficulty for the candidates is that they are given no clues as to which of the cities the various items are located in.

In Oxford, for half of one team timewasting leads to a baffling back-and-forth to get their items, for the other indecision means that they get caught in rush hour traffic. In Cambridge, poor planning sends one team round in circles, on the other team a gamble on negotiations causes a riverside ruckus.

In the boardroom there is nowhere to hide, and for one member of the losing team there is no blagging their way out of this one as they are told – “You’re Fired!”

See all clips from Oxford and Cambridge Discount Buying (2)