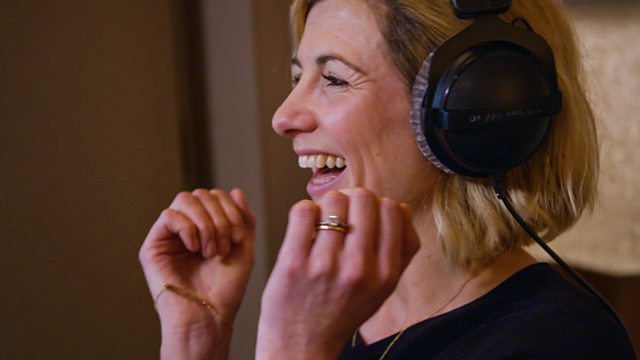 Ten big-name actors, including Jim Broadbent, Jodie Whittaker, David Tennant and Olivia Colman, come together to record an album for Children in Need.

In the summer of 2019, ten of Britain’s most critically acclaimed actors came together to take on their toughest role ever: to record an album for BBC Children In Need.

This 90-minute film charts the making of the album, Got It Covered. Its stellar cast includes Helena Bonham Carter, Jim Broadbent, Olivia Colman, Shaun Dooley, Luke Evans, Suranne Jones , Adrian Lester, Himesh Patel, David Tennant and Jodie Whittaker. With just 12 weeks to record the album, each actor must choose a song that has special meaning for them and must make their cover version their own.

Cameras follow the actors behind the scenes as they cram rehearsals into their busy schedules. The illustrious company get to grips with being out of their comfort zone and we see the real them unfold. To help guide our actors on their musical journey are veteran producers Guy Chambers and Jonathan Quarmby and vocal coach Mark De–Lisser. There are also a few surprises provided by Will Champion and Jonny Buckland from Coldplay.

The actors also visit some charity projects that Children in Need supports in order to help raise funds and awareness.

See all clips from Got It Covered (5)