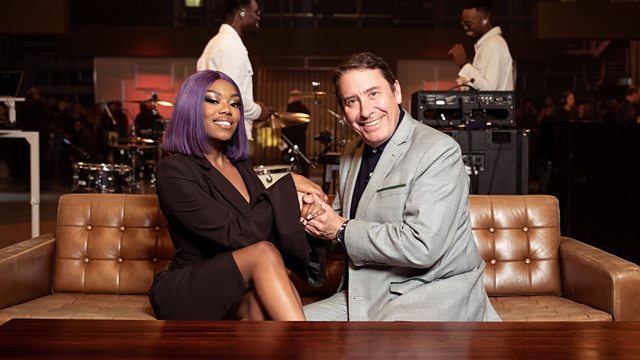 To kick off the show, Kasabian’s songwriter, guitarist and singer Serge Pizzorno makes his debut with his solo project The SLP. It still incorporates the rock guitars that define the sound of the Leicester band but adds a touch of dance, most notably on singles Nobody Else and ((trance)). Recorded in his home studio The Sergery, the record features a guest appearance from Little Simz, who joins him on the show in performing their collaboration Favourites.

Little Simz also performs a track from her widely acclaimed third album GREY Area, a record of big tunes and diverse sounds which has seen the north London rapper sell out shows and take on prestigious festival slots. Not only has it been a huge year musically, Little Simz scored a role in the much-acclaimed drama Top Boy.

Manchester’s finest Elbow join us in the studio with a number from their eighth album Giants of All Sizes. The band changed the way they work for this record and began the recording process in a Hamburg studio - the result is a dark album, which is both personal and political, reflecting the turbulent times we are living through.

Michael Kiwanuka shares songs from his third album Kiwanuka. The follow up to his number one LP Love & Hate was recorded in London, New York and LA, with producers Danger Mouse and Inflo, and features current single You Ain’t the Problem, a track with big production and Motown vibes.

Making his debut on the show is rapper slowthai. His album Nothing Great About Britain features tales of life growing up in a Northampton suburb known locally as the Bush and his comment on the state of the nation. Embodying the ethos of punk, his live shows are sweaty affairs that see him frequently perform in his own brand boxer shorts, as he does tonight!

And joining Jools for chats are comedian James Acaster, Elbow’s Guy Garvey and the trio of The SLP, Little Simz and slowthai.

With Jessie Ware—Series 54 (Even Later)

With Jamie Cullum—Series 54 (Even Later)