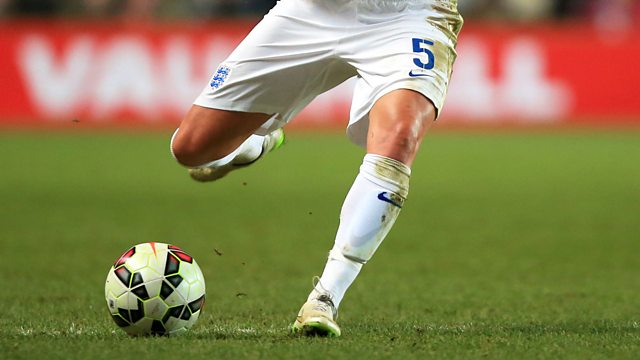 This edition looks at women making horror films, the Women's FA 50 years on, teen pregnancy, and the women MPs standing down ahead of the December general election.

On Halloween we ask where are the women in the horror film industry? How much do women create and view horror differently and who are the women film-makers to look out for? Jane is joined by Aislinn Clarke, the writer-director of ‘The Devil's Doorway’, Lizzie Franke, production executive at the BFI and Anna Bogutskaya, co-founder of The Final Girls, a film collective exploring the intersections of horror films and feminism. So far seventeen women MPs have announced they'll be standing down and not standing in the general election. Newsnight's Katie Razzall joins us to look at the significance of prominent female politicians such as Amber Rudd, Nicky Morgan and Gloria De Piero standing down. It's 50 years since the Women’s FA was created in 1969, officially reviving women's football for the first time since it was banned it in 1921. We speak to Patricia Gregory, one of the players who was instrumental in founding the WFA and reversing the ban, about how they did it - and to Eniola Aluko, who has played over 100 times for England, to reflect on where the women’s game stands today and what the the FA has done for women's football since they regained control in the 1990s. And, teenage pregnancy rates have been falling in the UK and are now at the lowest level since records began in the 1960s but it continues to have one of the highest teenage birth rates in Western Europe. Pregnant Teens is a new BBC podcast that follows three girls Nicole, Megan and Robyn through their pregnancies in Middlesbrough, a town that is bucking the trend - with the highest rate of teenage pregnancy in England and Wales. Jane looks at the realities of young motherhood with Dr Kim Jamie, Assistant Professor in Sociology at the University of Durham and young mum Chyna Powell-Henry.

Getting in and getting on in the music industry