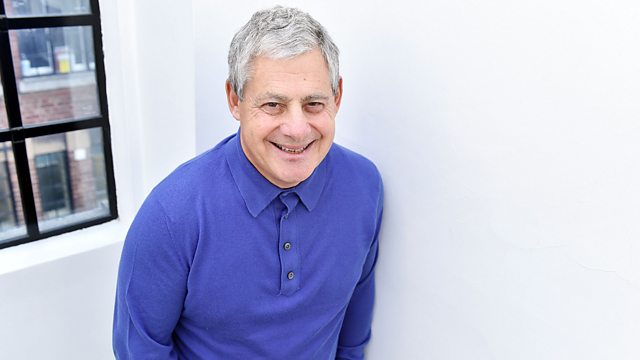 Wake up and embrace the day with Zoe Ball! Sir Cameron Mackintosh, Zizi Strallen and Charlie Stemp tell Zoe about Mary Poppins The Musical ahead of the gala performance for Children In Need.

As part of Radio 2's Fertility Week, Jessica Hepburn takes time out from her Everest training to fill us in on why she founded Fertility Fest and shares her own personal journey and pursuit of motherhood.

There's also weather with Carol Kirkwood, a daily Pause For Thought from Sheridan Voysey and listeners on the line, as Zoe entertains the nation with fun for the family!

From Sheridan Voysey, Writer and broadcaster:

Imagine for a moment a car parked in a suburban street with its doors open and two women standing by. The car is packed full of baby stuff—a pram, a stroller, a highchair, a playpen, with bags of toys and clothes filling the spaces in between.

One of those women is my wife, Merryn. The other is my sister-in-law, Kristy, who runs a hand over her baby bump, gives Merryn a hug, then gets into the car. Seconds later she’s driven all that baby stuff away—stuff it took Merryn and me a decade to accumulate.

Christmas 2010 had been shaping up like no other for Merryn and me. Having spent ten years trying to start a family through IVF, special diets, a three-year wait on the Australian adoption list, and more—we’d been told we were pregnant. Finally we were having a child! Then on Christmas Eve Merryn got a call from the clinic. She listened, hung up, then curled into a foetal position. It had been a false-positive. With that, our dream of having a baby ended.

We were left with so many questions. Why do negligent people get kids while good people don’t? Why had God seemingly ignored our prayers? Eight years on, some of those questions remain. But our story has also moved on.

Because what we didn’t know then was that Merryn and I would soon leave Australia for a new adventure here. Merryn would get a dream job in Oxford. I would get to write about our experience. We would see our marriage strengthened, new friendships formed, and an unexpected vocation begin helping others start again from their own broken dreams. Purpose would emerge from our pain. We’d see God use our experience to bring hope to others.

Surprisingly, Merryn wasn’t sad watching Kristy drive that baby stuff away. She felt relief. Because there’d be no moving on without grieving, and no grieving without relinquishing the symbols of our loss. Letting go of the pram, highchair and baby clothes was the beginning of us starting again.

Secretly, quietly, many couples struggling to conceive fear their lives will be meaningless if they don’t. What Merryn and I discovered was that when the loss is properly grieved, and then placed in the hands of God, even a broken dream like this could instead become a new beginning.