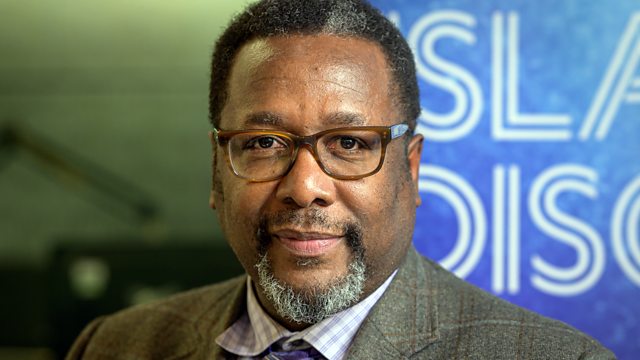 Wendell Pierce, actor, shares the eight tracks, book and luxury he would want to take with him if cast away to a desert island. With Lauren Laverne.

Wendell Pierce is an American actor best known for his role as Bunk Moreland in the television series The Wire. Since the series ended in 2008, he has made around 40 film and television appearances, including Treme, Selma and the legal drama Suits, in which he played Robert Zane, the father of Rachel Zane, played by Meghan Markle. His theatre credits range from The Cherry Orchard to Death of a Salesman.

Born in 1963, the youngest of three sons, Wendell grew up in the Pontchartrain Park area of New Orleans, which was the first middle-class African-American suburban-style development in the city. He graduated from the prestigious Juilliard School in New York and his career got off to a flying start with a small part opposite Tom Hanks in a film called The Money Pit. He hasn’t been out of work since.

In 2005, Hurricane Katrina destroyed Wendell’s childhood home in New Orleans and he was instrumental in rebuilding his parents’ house in Pontchartrain Park. He also built 40 new homes and staged a production of Waiting for Godot on an empty street corner in one of the most devastated districts of the city.

He is currently reprising his role as Willy Loman in Death of a Salesman on stage in London.