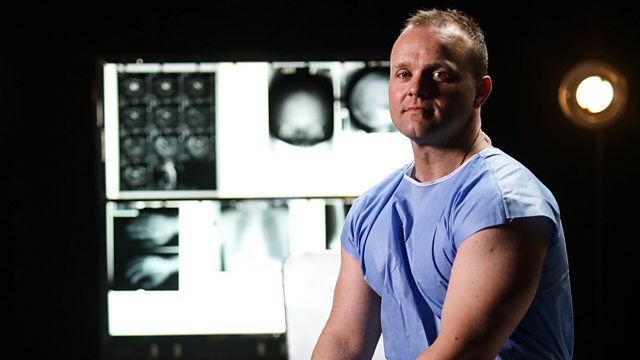 Bodybuilder Darren is one of the participants given eight weeks to turn his life around.

Scots die younger than anyone else in the UK. For many of us, work is less active, hobbies more sedentary, our lives are more stressful and sleep is harder to come by. While the damage is devastating, it is never too late to make a change – and this series sets out to prove it. In each episode, two volunteers undergo a full health MOT before being 'Laid Bare' on a slab where Dr Punam Krishan reveals the damage that they are doing to themselves. A team of medics then give them a tailored health plan to turn things around – but can they stick to the programme, and will they improve their health before they are retested eight weeks later?
In this episode, we meet Darren – a fit-looking but dangerously unhealthy bodybuilder. 35-year-old Darren is a happy dad of two who looks like he’s in great shape; he doesn’t drink or smoke, and he’s been a dedicated bodybuilder since his teens. However, he’s been taking anabolic steroids for 15 years and has already suffered side-effects like lumps on the chest and erectile dysfunction. While he can see these problems, he’s increasingly worried about the damage he’s done that he can’t see.
Darren is given some truly shocking news about his heart health, and is asked to slowly give up his steroid use and increase his cardio workouts. As he struggles to implement these changes, we follow his ups and downs over eight weeks... Will he have done enough to improve his health?

See all episodes from Laid Bare