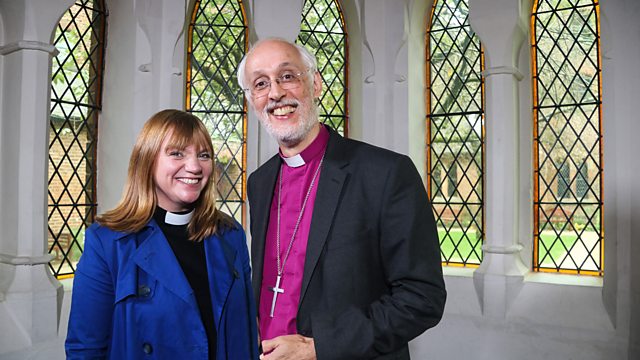 Rev. Kate Bottley discovers the secrets of sacred geometry at the beautifully restored Gorton Monastery in Manchester and meets Christians sharing the love of God in the community.

The Rev. Kate Bottley visits the beautifully restored Gorton Monastery in Manchester. Songs of Praise has followed the story of this magnificent Franciscan church and friary over many years and has witnessed its transformation from ruin to restoration. In the latest chapter of the story, Kate hears how new research is revealing the monastery to be a fine example of sacred geometry in architecture. For centuries, people have observed that certain ratios and proportions are found again and again in the natural world. These phenomena are known by some as sacred geometry because they are believed to replicate the architecture of the creator. Many sacred buildings have been designed along these principles and now Gorton Monastery is being recognised as one of the best examples.

Kate also visits the Oasis Centre in Gorton, a Christian project at the heart of the community that offers everything from free meals to crisis support and literacy lessons. It was set up by Victoria Armstrong, who tells Kate that it all began when she came to Gorton as a student and had an extraordinary encounter with God. 26 years on, she’s still in Gorton and the community have just raised £1.1 million for a brand new, purpose-built centre.

Bishop of Manchester David Walker shares his childhood memories of Gorton Monastery and tells Kate about a new initiative to help the homeless this winter. Churches of all denominations across the city are coming together and working with the Muslim community to open churches and mosques as night shelters throughout the coming months.

And JB Gill is in the centre of Manchester meeting those behind a new Christian movement that aims to reconnect the Church with the radical teachings of Jesus. The movement is called Red Letter Christians, a name inspired by Bibles that print Jesus’s words in red. JB meets the founders, US Christian activists Dr Tony Campolo and Shane Claiborne, as well as the British church leaders that are bringing the movement to the UK.

See all clips from Gorton Monastery (4)

Gorton Monastery
Rev. Kate Bottley explores Gorton Monastery. Bishop of Manchester, David Walker shares his memories of the monastery in its heyday.  Kate and meets Elaine Griffiths, who helped lead the team that restored the great Catholic masterpiece, to hear the story of the Monastery’s origins, fall into ruin and restoration and how it’s only now revealing the secrets of sacred geometry in its design.

Red Letter Christians
JB Gill is in the centre of Manchester meeting members of a new Christian movement that aims to reconnect the Church to the radical teachings of Jesus and put the focus on social justice. Including interviews with American founders Tony Campolo and Shane Claiborne.

Oasis Centre, Gorton
Kate meets Victoria Armstrong and hears her amazing testimony – from being called by God 26 years ago when she was a student in Gorton, to dedicating her life to the people of East Manchester. Facing the needs of a very deprived community she opened the Oasis Centre, offering everything from free meals to adult education and crisis support. They also visit the building site where the new Oasis Centre is taking shape.

Manchester’s Homeless
Bishop of Manchester David Walker speaks about the homeless night shelter that will be running again this year using churches in Greater Manchester.  We hear about churches in Oldham who have opened a longer term shelter with help from the Christian and Muslim communities.