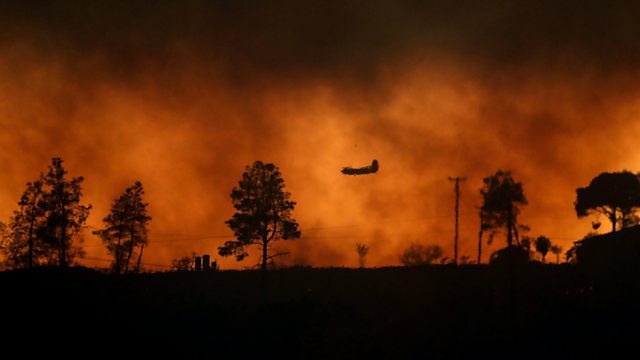 The chilling account of the 2018 megafire that swept through northern California, containing moving interviews with the firemen, police and survivors who came face to face with the disaster.

On 8 November 2018, a megafire swept through northern California. In its path was the town of Paradise. Within four hours, around 30,000 people had lost their homes. It was the deadliest fire in America for a century. Drawing on hundreds of hours of footage, this film tells the chilling and dramatic account of that day.

The film contains moving interviews with the firemen, police and survivors who came face to face with the fire. Nichole Jolly was a nurse at the local hospital who evacuated her patients before finding herself trapped in the middle of the fire. As the town tried to evacuate, 21-year-old Jordan Huff got stuck in a traffic jam along with thousands of others. The fire killed 85 people and has left many asking questions about why the fire started and how climate change is contributing to making fires bigger and more frequent.