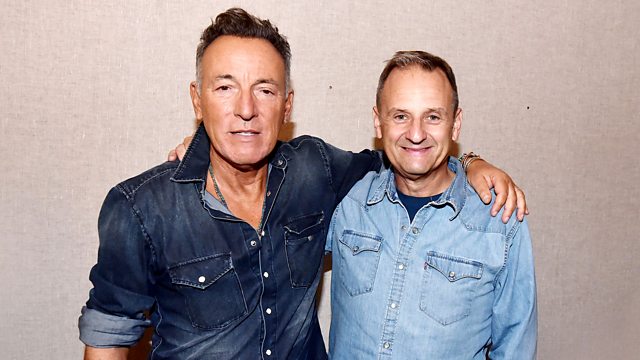 Mark and Stuart hear from Bruce Springsteen about his latest album and film.

On today's show, hear Mark's conversation with Bruce Springsteen about his latest album and film 'Western Stars'. The album, released earlier this year was his first studio album in five years. The film version, due out this month, sees Bruce making his directing debut. As well as the new film, he chats to Mark about his life and career and his creativity.

Also on the show, catch up on the best music and entertainment stories of the past week in ‘This Week In Music’.

You can take part in The Chain, choosing a track for our world-famous list of interconnected songs, as it approaches number 8000! With a selection of music old and new to get the weekend started.