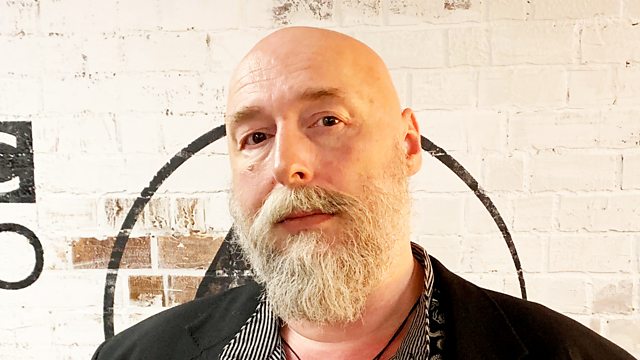 The comics writer, novelist & screenwriter picks the music that represents him & his work, with tracks from Delia Derbyshire, Billy Bragg and Neu!

The comics writer, novelist & screenwriter picks the music that reflects the work he does, how he works, and what music means to him. With tracks from Delia Derbyshire, Billy Bragg and Neu!

Warren Ellis is the award-winning writer of Transmetropolitan, Planetery, The Authority and the writer and co-creator of the graphic novel Red, which was the basis of two major motion pictures. He is also the author of the NYT-bestselling novels Gun Machine and Crooked Little Vein. He's currently the writer and showrunner for the Netflix animated series Castlevania.

This is part of 6 Music's Paperback Writers: Graphic Content series, focussing on where the worlds of comics and music collide. Alan Moore kicked things off on the 4th October, with the legendary comic book writer sharing two hours of his favourite music. He talked to producer and writer Richard Norris about the important part it's played in his life. Author Neil Gaiman was in the hot seat on Sunday 6th October, with an hour of music that has shaped him as a person and a writer. And the UK's current Comics Laureate Hannah Berry was in charge of the music last Sunday.