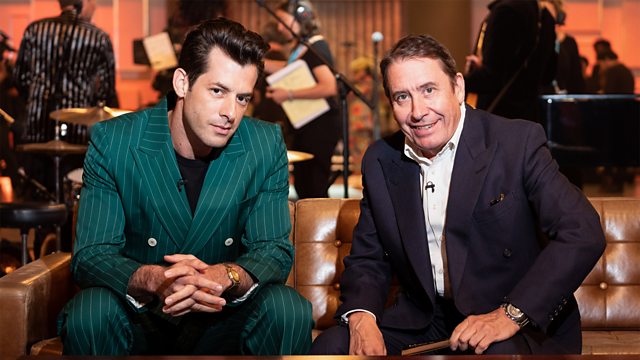 Joining Jools on the 54th series are Mark Ronson and five female artists all making their debut on the show. They are Yebba, Sampa the Great, Cate Le Bon, Georgia and PP Arnold.

BBC Two’s iconic music show is back, returning to its spiritual home of Television Centre in west London where the show began 27 years ago. After a year away the show returns with a new set and a new suit for Jools, but stays true to its long-held tradition of bringing together a cast of talented musicians.

Joining Jools on the 54th series are Mark Ronson and five female artists all making their debut on the show. They are Yebba, who also performs with Mark Ronson, Sampa the Great, Cate Le Bon, Georgia and PP Arnold.

Modern day music Midas Mark Ronson performs a ‘sad banger’, to use his self-coined term, from his fifth album Late Night Feelings, alongside current protege and much talked-about Arkansas singer Yebba. She also makes her solo debut performing her breakthrough track Where Do You Go.

Next, a new star of the global hip-hop scene - Sampa the Great. Born in Zambia, raised in Botswana and now based in Australia, the compelling rapper draws influence from all these experiences to create the unique sound that transcends genres and makes up her latest album The Return.

Welsh singer, producer and recent Mercury Prize nominee Cate Le Bon joins the debut crowd in the studio to play tunes from her fifth critically acclaimed album Reward, born out of the solitude of living in a cottage in the Lake District for a year and writing on the piano instead of her trusty guitar.

Amongst the emerging talent is the highly regarded soul singer PP Arnold, who rose to fame with her 1967 hit The First Cut is the Deepest. Her illustrious career has seen her work with everyone from The Small Faces and Mick Jagger. She brings a taste of The New Adventures of… PP Arnold, her first album in 50 years, which was put together with friends and fans like Steve Cradock and Paul Weller.

Rounding off this week’s musical offerings is Georgia, a producer, songwriter, drummer, vocalist, an all-round one-woman band. Having grown up surrounded by music all over London, she cut her teeth drumming for the likes of Kate Tempest before penning her own pop hits, tinged with a nostalgic nod to 80s dance music.

Delve into the show’s archive for a reminder of the other great female voices who have made their debut on the show, from Amy Winehouse and Adele to Alicia Keys, with a few surprises along the way.