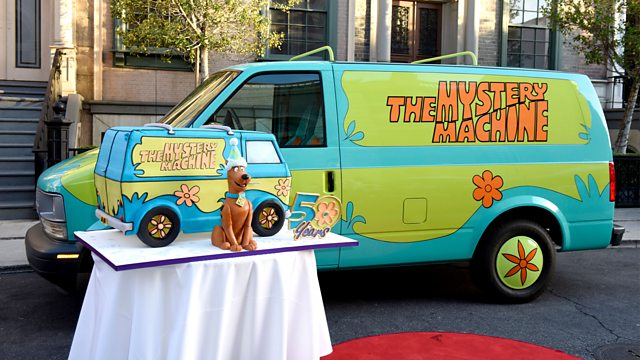 Scooby Doo is 50, of limited vocabulary, but has much to tell us. The importance of poetry to languages in danger of extinction. Judith Weir on her new piece for the BBC Singers.

There is much concern about the loss of biodiversity. But what of the linguistic and cultural ecosystem? It is thought that half of the world's 7,000 languages might not survive into the next century. Stig Abell talks to Chris McCabe, editor of Poems from the Edge of Extinction, an anthology of poems from around the world in languages under threat , and to Laura Tohe, poet laureate of the Navajo Nation. What might be lost? What can be done?

Scooby Doo turned 50 this autumn. To mark the half century of a show which continues to follow the mysterious adventures of the eponymous Great Dane and his teenage friends - Fred, Daphne, Velma and Shaggy – Stig is joined for a discussion on the cartoon’s longstanding appeal by Professor Kevin Sandler, who is currently writing a book on Scooby Doo, and cultural critic Gavia Baker Whitelaw.

The composer Judith Weir is just coming to the end of her time as Associate Composer for the BBC Singers. Her new piece for them is blue hills beyond blue hills, a setting of poems by Alan Spence marking the cycle of the year. She talks to Front Row about the piece, the vocal flexibility of the singers and her role as Master of the Queen’s Music.

Poetry from the Edge of Extinction is out now

Blue Hills Beyond Blue Hills, conducted by Sofi Jeannin is in performance at Milton Court, Guildhall  School of Music and Drama on 18 Oct