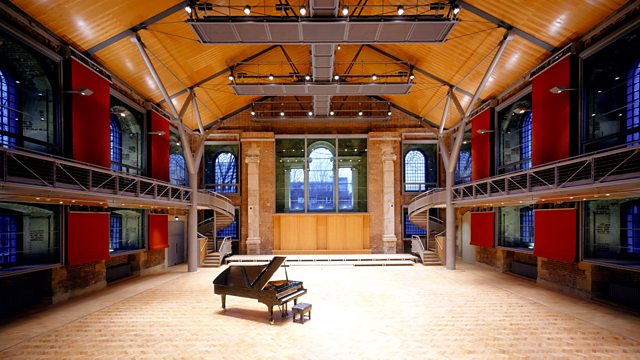 Bartok Plus from LSO St Luke's in London with Quatuor Voce

Quatuor Voce, one of the most exciting young quartets from France, perform Bartok's String Quartet No 2 alongside the Second String Quartet of Kodaly, who was a mentor to Bartok.

Continuing Bartok Plus, the Radio 3 Lunchtime Concert cycle of Bartok's complete string quartets, Fiona Talkington presents Quatuor Voce in Bartok's 2nd String Quartet played alongside Kodaly's sprightly Intermezzo for String Trio and his 2nd String Quartet. Kodaly was both Bartok's compatriot and mentor, and both composers were keen ethnomusicologists, sharing their love for collecting folk music of the Hungarian and Romanian region. They were lifelong supporters of each other's music.