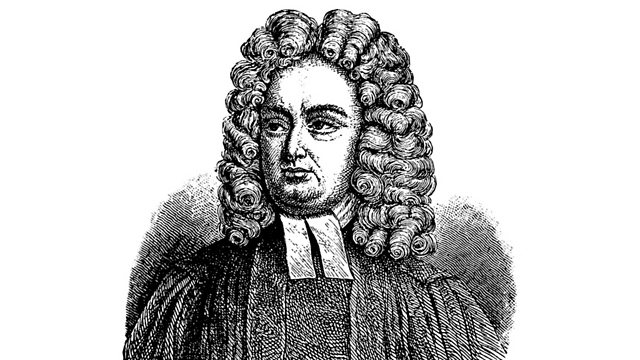 In 1729, poet, cleric and satirist Jonathan Swift published his notorious work A Modest Proposal, suggesting the problem of poverty in Ireland could be solved simply enough - by selling the babies of the poor to the wealthy as food. Almost 300 years later, his outrageous satire still has the power to shock.

Jessica Traynor suggests a way of dealing with violence against women that totally fails to address the root cause of the problem. Mary O’Malley addresses us with a calm, measured delivery, which sounds eminently reasonable until her proposal on how to deal with the elderly creeps up and grabs you by the throat. Sarah Clancy wonders what all the fuss is about when a species goes extinct. Kevin Higgins helpfully outlines measures for the Minister for Housing to deal with homelessness, something which Kevin has experienced at first hand. Rita Ann Higgins despairs that people dealing with redress boards will ever be satisfied. And Nick Laird's sinister poem reflects how social media has taken over our lives.

Expect black humour, a shake of the head in recognition, and a sigh of relief that none of these proposals will ever actually be put into operation. Or will they?