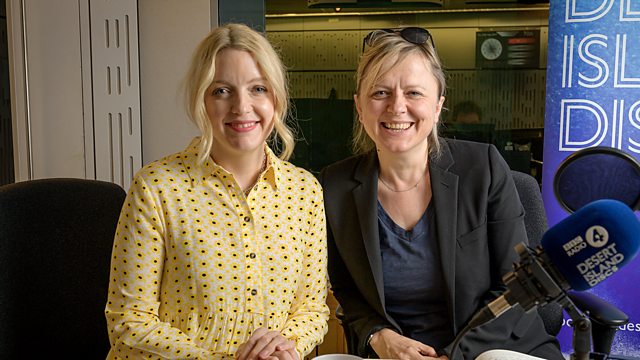 Baroness Arminka Helić, who campaigns to prevent sexual violence in conflict zones, shares the eight tracks, book and luxury she would want if cast away to a desert island.

Baroness Arminka Helić is credited with persuading William Hague, the former foreign secretary, and the actor and director Angelina Jolie to launch the Preventing Sexual Violence in Conflict Initiative (PSVI) to campaign against rape as a weapon of war.

Born in Bosnia-Herzegovina, Arminka fled her home country as violence escalated in the former Yugoslavia and her family appeared on a Serbian death list. Following the intervention of Lady Miloska Nott, wife of the former secretary of state for defence Sir John Nott, she arrived in London as a refugee in October 1992.

She completed a master’s degree in international history at the LSE which ignited her interest in politics. Her first Westminster job was filing press cuttings in the House of Commons Library where she was spotted and started working for MPs including Robert Key, Liam Fox and William Hague. When William Hague became foreign secretary in 2010, she joined him as a special adviser and made it her mission to bring compassion and humanity to foreign policy.

After watching Angelina Jolie’s directorial debut In the Land of Blood and Honey, the story of an inter-ethnic love affair set against the backdrop of the war in Bosnia, Arminka persuaded the foreign secretary to join forces with the Hollywood star. The PSVI highlights how sexual violence in conflict zones is often a hidden crime in which the perpetrators go unpunished.

In 2014 the PSVI held a global summit in London which brought together activists and policy-makers with the aim of recognizing this crime and bringing about successful prosecutions. In the same year, Arminka Helić entered the House of Lords as a Conservative Life Peer.