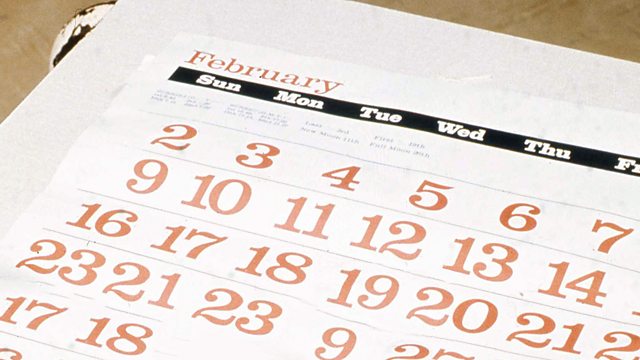 Why are Radio 4 commissioners, news editors, book publishers and us, the audience, so obsessed with anniversaries? What impact does our preoccupation with round numbers have on the way we understand history?

Historian Hannah Mawdsley wrote her thesis on the Spanish flu pandemic. It's an area of history that felt like a footnote to the First World War - until we reached its centenary in 2018. Suddenly there was an explosion of interest in Hannah's work. She was invited to speak on panels, to curate exhibitions and to discuss her research on the BBC.

Hannah talks to fellow historians Elisabeth Shipton, Bill Niven and Chris Kempshall about the power of anniversaries and their potentially distorting impact on history. Does marking one day a year give us permission to forget difficult parts of history for the rest of the year? What about aspects of history that don't have easily marked anniversaries? Sociologist Professor Eviatar Zerubavel explains why we're all so drawn to pattern and repetition, and why time isn't always linear. And a group of nine-year-olds talk about why numbers with a zero at the end are so important.

And just in case you were in any doubt how much anniversaries inform the Radio 4 schedule, this is all being broadcast on the 10th anniversary of another programme on exactly the same subject.