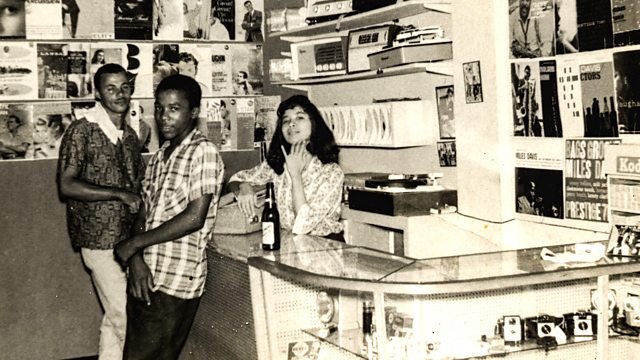 A treasure trove of tapes from the golden age of reggae has been salvaged and provides the soundtrack to the compelling story of the family behind the legendary Randy's Studio 17.

The compelling story of the Chins - the Chinese-Jamaican family behind Studio 17 established above Randy’s Records at 17 North Parade in downtown Kingston.

Randy’s Records was founded in the late 1950s by Vincent Chin and his wife Pat, who began by selling used records in a tiny shop. As Jamaican independence approached in 1962, Vincent Chin had the inspired idea of producing a record to capitalise on the excitement of the time. He approached the popular Trinidadian singer Lord Creator and produced Independent Jamaica. Jamaica was in the mood for celebrating its independence, and the song was an instant hit. Creator then went on to record Kingston Town, which became a huge hit for UB40 in the 1980s. The success of Independent Jamaica enabled the Randy’s shop to expand and add a studio of its own, known as Studio 17.

Studio 17 was where Vincent Chin and later his son Clive Chin as well as many other legendary Jamaican producers would create new tracks. Throughout the 60s and 70s many of the world’s most famous reggae artists recorded there, including Bob Marley and the Wailers, Peter Tosh, Gregory Isaacs, Dennis Brown, John Holt, Lee 'Scratch' Perry, Horace Andy, Alton Ellis, Carl Malcolm, Jimmy London, Augustus Pablo, Ken Boothe, Delroy Wilson and many more.

Pat, who became known as Miss Pat, played the test pressings in the shop downstairs to gauge customers’ reactions, which helped her decide which tracks to release. Her instinctive decisions helped Randy’s become the major outlet for homegrown music in Jamaica.

In the late 70s, political turmoil in Jamaica prompted the Chins to leave for New York, abandoning the studio and record shop. They successfully founded VP Records, (V for Vincent, P for Pat), the world’s largest independent reggae label. Now in her 80s, Pat still lives and works in New York: an extraordinary woman who today mentors the latest risqué dancehall acts on the VP label.

When the Chin family left for New York, some 2,000 original session tapes were left behind at Studio 17. It was believed they were all lost in the flooding and looting that followed Hurricane Gilbert in 1988 that left the studio unusable.

However, as part of a major exhibition on Jamaican music at Paul Allen’s Experience Music Project in Seattle, now renamed the Museum of Pop Culture, the tapes were rediscovered and shipped to New York, where they languished for some time in a basement. Tragedy struck in 2011, when Joel Chin, son of Clive Chin and A&R for VP records, was murdered in Kingston, Jamaica. Having encouraged his father to do something with the archive for many years, Clive has finally taken on the task of carefully restoring and digitising the tapes in New York, in memory of his son.

A treasure trove of original studio tapes reveals unique and stunning recordings from the golden age of reggae, many of which were unreleased and have never been heard before. As the tapes are played, they give rise to a myriad of wonderful stories and in a highly poignant conclusion, the teenage voice of the late Dennis Brown is beautifully remixed with the vocals of rising teenage star Hollie Stephenson, who duets with the 'crown prince of reggae' to complete an unfinished Studio 17 session. Back in Jamaica, Clive Chin works with one-time Eurythmics star Dave Stewart and Hollie to create a magical blend of old and new in a contemporary production that sounds as fresh today as it did when the original was first recorded 40 years ago.

Reggae has spread to the four corners of the earth, including the UK, where it blossomed in the 1960s and went on to shape the ska movement as well as punk rockers like The Clash, all the way to pop acts like The Police and the uniquely British Lover’s Rock sound. In more recent times, experimental crews like Massive Attack have reworked the island beat in new and exciting ways, and that process continues with current UK underground sounds like drum and bass, dubstep and grime. All these musical offshoots trace their roots to the pioneering work done at Randy’s Studio 17, where Lee 'Scratch' Perry recorded his earliest albums with Bob Marley and The Wailers, and Clive Chin produced one of the world’s first dub albums with Augustus Pablo.