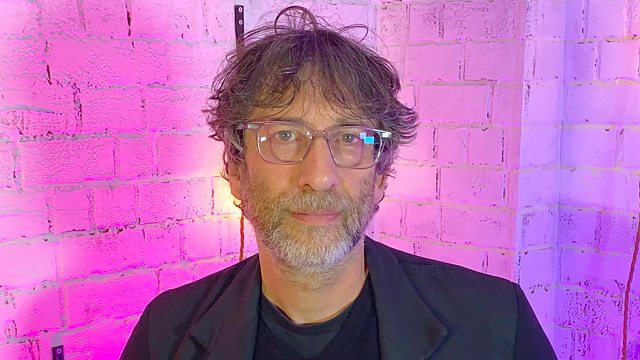 The author of Sandman, Good Omens and American Gods among much else, picks some of the music that's shaped him. With tracks from Bowie, Dusty Springfield and Tori Amos.

A writer of comics, graphic novels, fiction, films, and plenty in between, Neil talks about how music has influenced him over his long and varied career.

This is part of 6 Music's Paperback Writers: Graphic Content series, focussing on where the worlds of comics and music collide. Alan Moore kicks things off on the 4th October, with the legendary comic book writer sharing two hours of his favourite music. He talks to producer and writer Richard Norris about the important part it's played in his life. Hannah Berry, the UK's current Comics Laureate takes over the reins next Sunday 13th October, and Castlevania creator Warren Ellis completes the line up with an hour of his favourite music on 20th October.