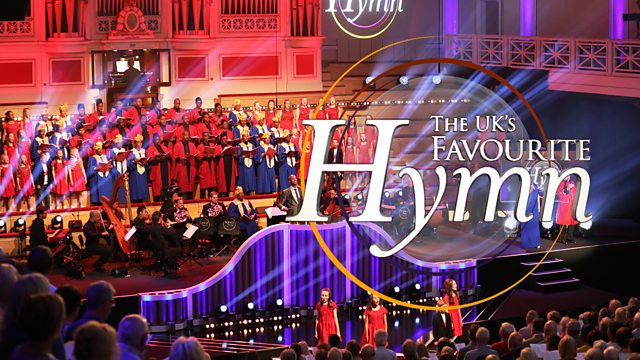 Aled Jones counts down to the UK’s favourite hymn as voted for by you. Performers include the Kingdom Choir, Lesley Garrett, Russell Watson, Katherine Jenkins and Daniel O’ Donnell.

From Leicester’s De Montfort Hall, Aled Jones counts down the UK's top ten favourite hymns as voted for by you.

The ten hymns were recently chosen as the UK’s most popular by Songs of Praise viewers in an online vote and include three by living hymn-writers, each of whom takes part in the programme. But which one will be the UK’s favourite? A congregation of a thousand voices joins Aled, and there are special performances of hymns from all around the UK, including Katherine Jenkins and Wynne Evans singing in St. David’s Cathedral, Daniel O’ Donnell performing In Christ Alone on the coast of Northern Ireland, and Fairground Attraction’s Eddi Reader singing Amazing Grace on the coast of Scotland. The star of Hollywood blockbusters Black Panther and Venom, Sope Aluko, talks about her love of hymns and how much comfort she gains from them, and poet John Cooper Clarke and comedian Lloyd Griffith each talk about their own particular favourites.

See all clips from The UK’s Favourite Hymn (2)