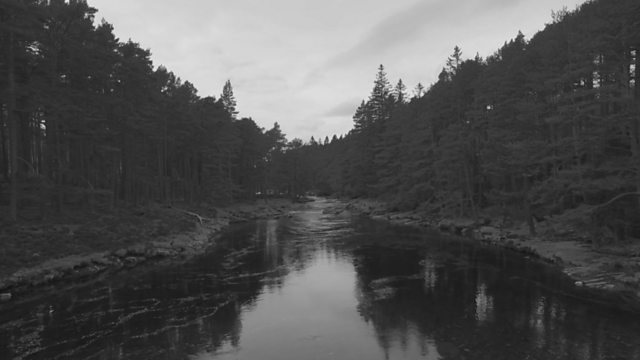 Filmed over three years along the course of the River Dee in Scotland, Upstream is a cinematic dream-flight into wildness and winter.

Upstream is a film by writer Robert Macfarlane and director Rob Petit. The film, which was shot entirely from the air, follows the course of the River Dee in Scotland all the way to its source in the Cairngorm mountains, the highest of any river in Britain. With a prose poem written especially for the film by Macfarlane (voiced by Julie Fowlis) and an original score by the Oscar-nominated composer Hauschka, the film takes as it epigraph the words of the Scottish writer Nan Shepherd (1893-1981): 'One cannot know the rivers till one has seen them at their sources,' wrote Shepherd, 'but this journey to sources is not to be undertaken lightly.' (The Living Mountain, 1977).

Eerie, hypnotic and experimental, this groundbreaking polyphonic film weaves together field recordings of the river, and the birds and creatures which live along it, the place names and stories - dark and light - of the Cairngorms, creating a 'songline' that draws the viewer up, against the flow, into wildness, winter and strangeness.