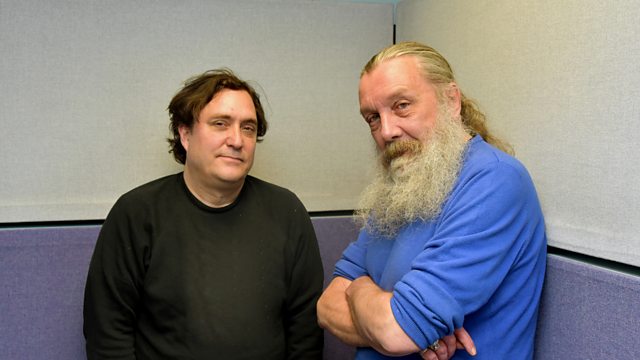 Legendary comic book writer Alan Moore shares two hours of his favourite music and chats to producer and writer Richard Norris about the part it's played in his life and work.

Alan Moore, the legendary comic book writer shares two hours of his favourite music and chats to producer and writer Richard Norris about the important part it's played in his life and work.

With titles like Watchmen, V for Vendetta, From Hell and The League Of Extraordinary Gentlemen, Alan has transformed the genre over 40 years of varied work. Hear him talk about writing, alongside his wide-ranging passion for music, magic, art labs and plenty else in between.

Expect tracks from Captain Beefheart, Joni Mitchell, X-Ray Spex, The Residents, Patti Smith and Sleaford Mods. Plus some of the music he's made himself over the years.

This kicks off 6 Music's Graphic Content season, where we celebrate comics and graphic novels through October. Author Neil Gaiman is in the hot seat on Sunday 6th October, with an hour of music that has shaped him as a person and a writer. Hannah Berry, the UK's current Comics Laureate takes over the reins the following week. And Castlevania creator Warren Ellis completes the line up with an hour of his favourite music on 20th October.