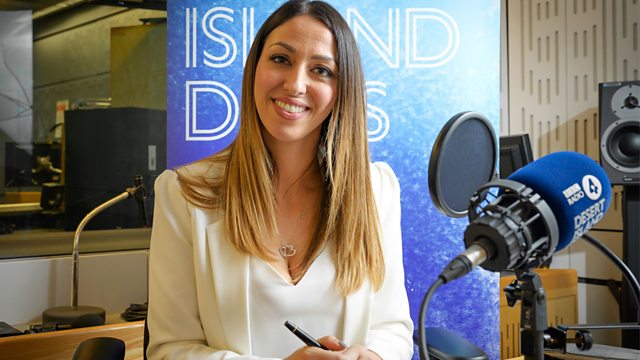 Sabrina Cohen-Hatton, firefighter, shares the eight tracks, books and luxury she'd want with her if cast away on a desert island. With Lauren Laverne.

After spending some time living on the streets as a teenager, her work as a firefighter began at the age of 18, after she had applied to 31 different fire services. During her career, her interest in psychology and fascination with how people make choices in stressful situations led to her studying for a degree, followed by a PhD. Her research into risk, decision-making under extreme pressure and human error has won awards and she has shared her findings with fire services in other countries.
She is also an ambassador for The Big Issue magazine, in the wake of her own experiences of homelessness.

BOOK CHOICE: The Old Man and the Sea by Ernest Hemingway
LUXURY ITEM: A photo album
CASTAWAY'S FAVOURITE: Bankrobber by The Clash