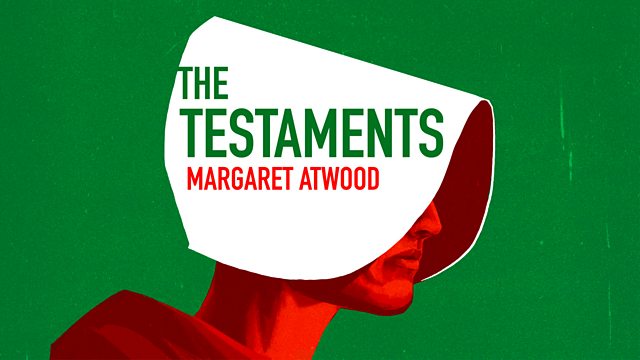 The Testaments picks up the story 15 years after Offred stepped into the unknown, with the explosive testaments of three female narrators from Gilead.

Omnibus of episodes six to ten of fifteen parts.

'Terrifying and exhilarating.’ Peter Florence, chair of the Booker 2019 judges.

Writer: Margaret Atwood is the author of more than fifty books, including novels such as Cat's Eye, The Robber Bride, Alias Grace, The Blind Assassin and the MaddAddam trilogy. Her 1985 classic, The Handmaid's Tale, went back into the bestseller charts with the election of Donald Trump, when he Handmaids became a symbol of resistance against the disempowerment of women, and with the 2017 release of the award-winning Channel 4 TV series.