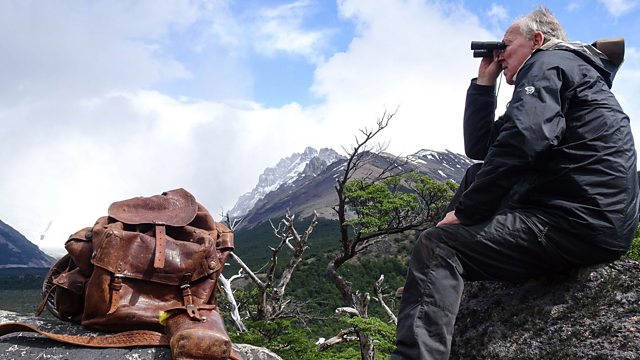 Nomad: In the Footsteps of Bruce Chatwin

Werner Herzog sets out on a journey inspired by legendary writer and adventurer Bruce Chatwin’s passion for the nomadic life, uncovering stories of lost tribes, wanderers and dreamers.

When legendary writer and adventurer Bruce Chatwin was dying of Aids, his friend and collaborator Werner Herzog made a final visit to say farewell. As a parting gift, Chatwin gave Herzog the rucksack that had accompanied him around the world.

Thirty years later, carrying the rucksack, Herzog sets out on his own journey, inspired by Chatwin’s passion for the nomadic life. Along the way, Herzog uncovers stories of lost tribes, wanderers and dreamers.

He travels to South America, where Chatwin wrote In Patagonia, the book that turned him into a literary sensation, with its enigmatic tales of dinosaurs, myths and journeys to the ends of the world. In Australia, where he and Chatwin first met, Herzog explores the sacred power of the Aboriginal traditions that inspired Chatwin’s most famous book, The Songlines. And in the UK, in the beautiful landscape of the Welsh borders, he discovers the one place Chatwin called home.

See all clips from Nomad: In the Footsteps of Bruce Chatwin (3)