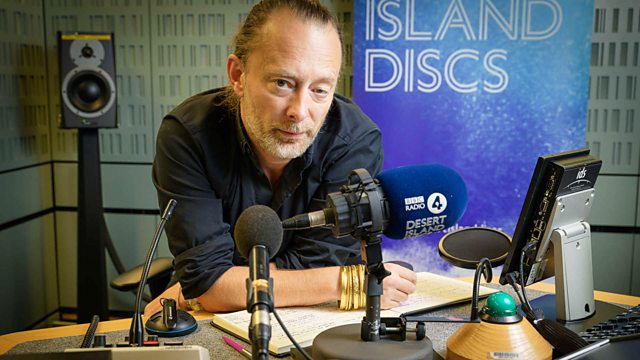 Thom Yorke, singer and songwriter with Radiohead, chooses the eight tracks, book and luxury he would want to take to a desert island. With Lauren Laverne

Thom Yorke has been the front man of Radiohead, one of Britain’s most successful British bands, for 34 years. They have sold over 30 million albums worldwide, and have won three Grammys and four Ivor Novello awards. Their debut studio album, Pablo Honey, was released in 1993, with their debut single, Creep, becoming a big international success.

Thom decided on his career at the age of seven, when he lay on the floor between large speakers at a friend’s house and listened to Queen’s Bohemian Rhapsody. He made his own electric guitar when he was 10, and wrote his first song at 11. At his secondary school he joined up with fellow pupils and they formed a band called On a Friday, as that was the only day they were allowed to rehearse. They all went their separate ways as university students, but then signed to Parlophone in 1991 and renamed themselves Radiohead.

Thom has collaborated with artists including PJ Harvey and Björk and has composed for film and theatre. His first feature film soundtrack, Suspiria, was released last year. His first classical piece, Don’t Fear the Light, was premiered in Paris this year, and he has also been touring his latest solo album Anima. He is an activist on behalf of human rights, animal rights, environmental and anti-war causes.