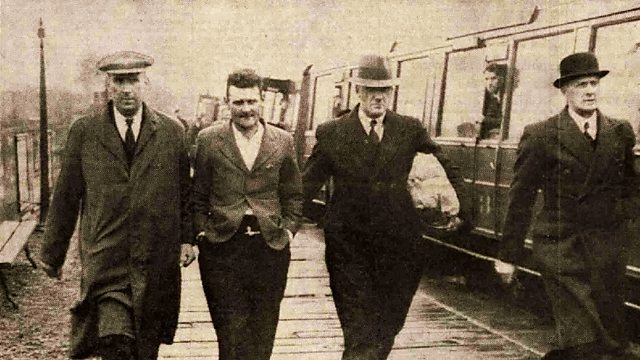 Stuart Russell seeks to find his ancestor - a mysterious egg dealer - to piece together his involvement in a brutal murder which took place in Fife, Scotland over 80 years ago.

In 1938, William Forrester, was found bludgeoned to death in a coal cellar in Fife. His nephew, an egg dealer, is missing. A chase spanning the length and breadth of Britain ensues, capturing frenzied media attention, causing nationwide panic. Stuart Russell follows the case closely and joins leading crime experts in the hunt for his ancestor-on-the-run, hoping to piece together the egg dealer’s involvement. Was he responsible for murder or was he also a victim?

A Soundscape Production for BBC Radio 3