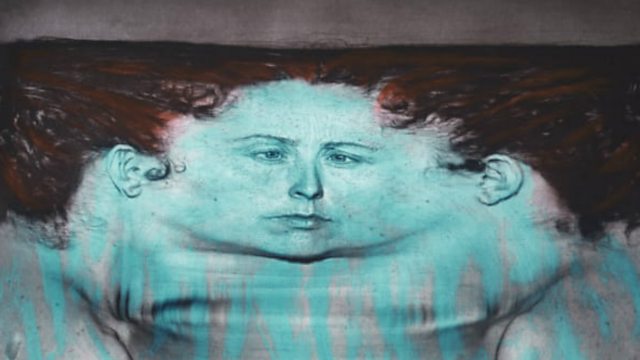 Naomi Paxton watches new plays spun from old myths by Caryl Churchill with drama expert Jen Harvie and New Generation Thinker Hetta Howes. The German born US based artist Kiki Smith has produced sculptures, tapestries and artworks looking at pain and bodily decay and real and imaginary creatures in bronze, glass, gold and ink for her first solo UK exhibition in a public institution in 20 years. Gerald Scarfe has just published Long Drawn Out Trip: My Life moving from his early days at Punch and Private Eye to his designs for Pink Floyd’s The Wall and Disney’s Hercules. He's also putting together an illustrated coffee table book Scarfe: Sixty Years Of Being Rude which will be published in November. Hetta Howes looks back at American author Rachel Ingalls who died earlier this year aged 78. Her novel Mrs Caliban depicts a lonely housewife who befriends a sea monster.

Glass, Kill, Bluebeard, Imp 4 short dramas by Caryl Churchill, directed by James MacDonald run at London's Royal Court Theatre from September 18th - October 12th.
Kiki Smith: I Am A Wanderer runs at Modern Art Oxford from September 28th to January 19th 2020.
Hetta Howes is a New Generation Thinker on the scheme run by the BBC and the Arts and Humanities Research Council which puts academic research onto the radio. She presents our podcast New Thinking which showcases new research. You can find past episodes on topics ranging from the philosophy of pregnancy to the links between dentistry and archaeology by signing up for the BBC Arts&Ideas podcast or looking on the Free Thinking website collection New Research.
If you are an early career academic at a UK university applications are open until Oct 8th for New Generation Thinkers 2020. Find information at ahrc.ukri.org