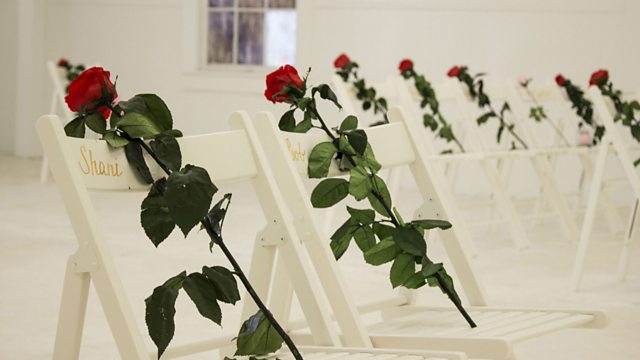 The US Pastor who wears a gun in the pulpit, The ethics of crowdfunding, William Blake's unorthodox beliefs.

In November 2017 a gunman walked into a small church in Sutherland Springs, Texas and shot dead 26 parishioners. The pastor of that church, Frank Pomeroy, lost his 14 year old daughter in the attack. He tells William Crawley why he’s now running for political office and why he wears a gun in the pulpit.

A crowdfunding page launched by a Muslim group opposed to LGBT relationships lessons has been removed. GoFundMe said the page violated its terms of service by raising money to fight an injunction preventing protesters from gathering outside a Birmingham primary school. John Coventry, Europe Director of GoFundMe and Anne McElvoy, senior editor at the Economist discuss the ethics of crowdfunding.

Sheikh Yusuf Motala, one of the most significant figures in British Islam, has died. He was head of the Islamic institution, Darul Uloom in Bury. One of his pupils, Sheikh Ibrahim Mogra and the BBC’s Home Affairs Correspondent Dominic Casciani explain his influence.

As a new William Blake exhibition opens at Tate Britain in London, Blake author and academic David Fallon explores how his unique and unorthodox beliefs shaped his art.

Should you break a promise, Sacred trees, The legacy of Mugabe