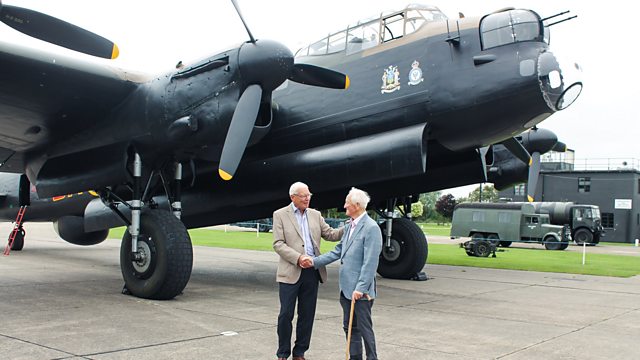 The story of the last years of World War Two, and its immediate aftermath, brought to life by a series of films shot by both civilians and members of the armed forces.

The story of the last years of World War Two, and its immediate aftermath, told through a series of films shot by both civilians and members of the armed forces. They include fascinating footage of Warship Week fundraising events at home, digging for victory, life in the Lincolnshire town of Louth and a first-hand account by an SIS covert operations agent on active duty in the field.

This second episode includes the British breakthrough at El Alamein, revealed by a sergeant who filmed the guns pounding the German positions, and the most complete film of a Bomber Command squadron in action, made by a serviceman stationed at a Lincolnshire base.

Footage shot secretly by islander Olive Thompson offers a unique insight into life under German occupation, while a guard with an interest in home movie-making captured the daily routine of German prisoners of war in POW Camp 633 (Boughton Camp, New Ollerton, Nottinghamshire).

These lost films are a striking reminder of Britain in a different era. With much of the footage in colour, the past leaps to life with immediacy and reveals how world events impacted on the individual at home as well as in action.

See all episodes from Lost Films of WWII