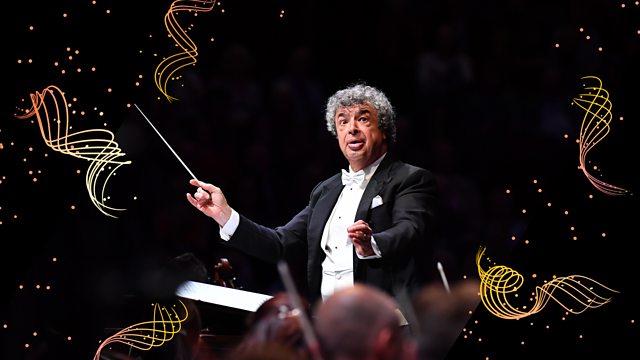 Live at the BBC Proms. Semyon Bychkov conducts the Czech Philharmonic in excerpts from operas by Tchaikovsky and Smetana, and in Shostakovich's wartime Symphony No 8 in C minor.

Presented at the Royal Albert Hall by Martin Handley.

8.10pm
Interval Proms Plus
A verbal correspondence about the function of letters in literature and life. PS - the speakers are best-selling crime novelist Ruth Ware and Shaun Usher, editor of the popular website Letters Of Note. Hosted by New Generation Thinker Sophie Coulombeau. Produced by Zahid Warley.

Shostakovich: Symphony No 8 in C minor

The dancing rhythms and swirling colours of Smetana’s opera The Bartered Bride launch a concert of big musical gestures and even bigger emotions.

First love blazes hot in the Letter Scene from Tchaikovsky’s opera Eugene Onegin, as Tatyana (sung here by soprano Elena Stikhina) pours out her heart in music as romantic as anything the composer ever wrote.

War, not love, drives the pulsing heartbeat of Shostakovich’s Eighth Symphony – the most personal and direct of the composer’s many attempts ‘to express the terrible tragedy of war’.