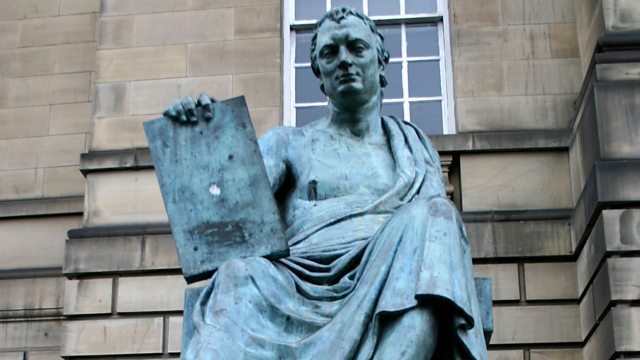 A Believer's Guide to Atheism

Michael Symmons Roberts - formerly an atheist, now a Catholic - examines how atheism in Britain today is becoming an increasingly complicated tapestry of beliefs and non-beliefs.

As a student, Michael Symmons Roberts was an evangelical atheist, keen to rid people of their religious beliefs. In the course of his studies, however, he lost his atheism and in the years since has become a practising Roman Catholic. He has always retained a great interest in atheism, believing that at its most nuanced it offers a means by which to examine his own faith, and in this programme he sets out to discover the state of non-belief stands in today's Britain.
He finds out that things have moved on from a decade ago when New Atheists like Dawkins, Dennett, Hitchens and Harris brought their materialist rejection of belief so prominently into the public domain.
Now the majority of us identify as so-called 'Nones', without religion but not entirely in line with the rationalist atheists either. Instead the 'Nones' are likely to display beliefs in a wide range of supernatural phenomena such as ghosts and divination while rejecting the idea of a god. Some are driven more by social justice, others find their spiritual needs met by connecting with nature.
What is clear about questions regarding belief and non-belief right now is that things are multiple and complex, reflecting as ever the moment at which those questions are posed.
Michael speaks with eminent academics Linda Woodhead and Lois Lee; he meets Alom Shaha, author of 'The Young Atheist's Handbook' who was raised in a Muslim household; he attends an event held by the Edinburgh Skeptics, and also hears from the author of 'Doubt: A History', Jennifer Michael Hecht, about the state of atheism in America.