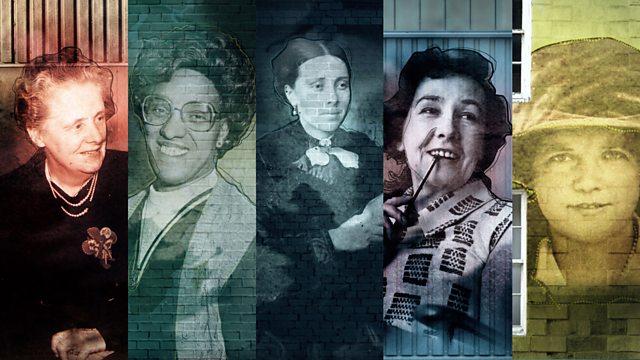 There are no statues of Welsh women in Wales, aside from generic ones representing angels and mothers.

Writer Jasmine Donahaye looks at the commissioning of the first statue of a named woman in Cardiff, which was voted for by the public as part of the 'Hidden Heroines' campaign this year, and explores the way Welsh culture is generally skewed towards male symbols. Taking a tour of the civic centre, she asks why historically this has been the case, and looks at the way public art in the capital city at the moment reflects and reinforces that.

We look at the achievements of the five women who were shortlisted for commemoration and talk to those who knew the winner - Betty Campbell, an activist and Wales' first black head teacher, who died in 2017.

The imbalance in terms of representation in Wales matches the rest of the UK, but there is a particular edge to the situation here - the Welsh ideals of nationhood are, more than elsewhere, inextricably bound up with massed groups of men (male voice choirs, miners and rugby). Why has this come about and how does it pervade the way Wales thinks about itself today?