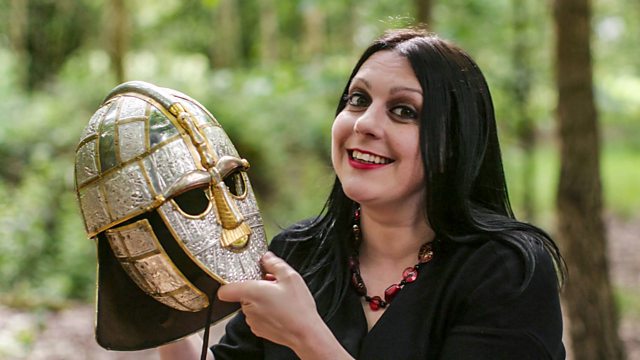 How Britain's greatest treasure was found in an English country garden on the eve of WWII, shining a light into the Dark Ages and unlocking the mysterious story of how Anglo-Saxon culture was born.

Janina Ramirez explores the surprise discovery in a Suffolk garden of the Sutton Hoo Hoard – an incredible Anglo-Saxon ship-burial dating from the early 7th century AD and the final resting place of a supremely wealthy warrior-king.

Now known as Britain’s Tutankhamun, the hoard transformed our understanding of the Dark Ages, revealing that 7th-century Britain was not the primitive place we had imagined, but a world of exquisite craftsmanship, extensive international connections, great halls, glittering treasures and formidable warriors.

The find captured the imagination of a nation on the brink of war, not just as incredible treasure, but as a symbol of pride and identity, and a representation of the Anglo-Saxon culture Britain was about to fight for.

Yet, as Janina discovers, the story of the hoard's survival and discovery is something of a miracle.