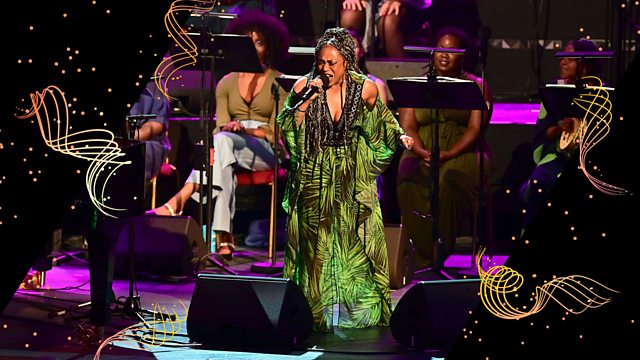 Live at the BBC Proms. The BBC Singers and Nu Civilisation Orchestra, conducted by Peter Edwards, premiere a brand-new 'Sacred Concert' with music by Duke Ellington.

Jazz, showbiz swagger and spirituality come together as never before in Duke Ellington’s spectacular Sacred Concerts. Described by Ellington himself as ‘the most important thing I have ever done’, these sacred revues, blending big-band jazz, gospel and Broadway-style melodies, bring all the legendary musician’s originality and energy to Christian subjects, and generated three critically acclaimed, boundary-crossing albums. Drawing on these, the Proms premieres a brand-new Sacred Concert – an exhilarating evening of dance, song and spectacle. There will be no interval