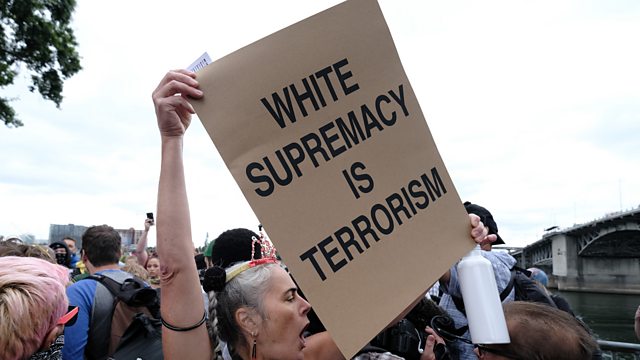 The United States is experiencing a resurgence of far-right extremism. We hear from one man ploughing a lonely furrow, trying to change the extremists' minds.

The United States is experiencing a resurgence of far-right extremism. We meet a man trying to challenge the ideology and convert those who have been radicalised. But Aleem Maqbook says he's ploughing a lonely furrow.

In Serbia the government has been investing in traditional crafts - carpentry and pottery - in an attempt to sustain rural communities. Nicola Kelly goes to meet the craftsmen and women - and finds offers of the local tipple difficult to refuse.

It's not long ago that Zimbabweans were celebrating the political demise of Robert Mugabe, who was president for nearly three decades - during which the country's economy collapsed. But, as Kim Chakanetsa reports after a recent trip to Harare, many there now have an unexpectedly rose-tinted view of the past.

Argentina too has had its fair share of economic misery. Results of recent presidential primaries spooked the markets and raised fears of renewed difficulties. Natalio Cosoy hears echoes of the past in Buenos Aires.

Petanque, that traditional summer pastime of the French, is undergoing something of a face lift. But the changes - especially the one that outlaws an accompanying glass of pastis - have occasioned more than a few grumbles, as Chris Bockman finds out.