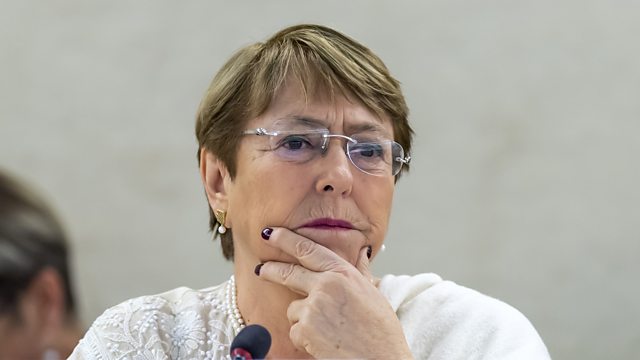 Her Story Made History Series 2

The former Chilean president discusses Pinochet, leading the military and human rights. Lyse Doucet talks to remarkable women about the relationship between women and democracy.

Michelle Bachelet was a student in Chile when General Pinochet took power in a coup in 1973. Her father, a military man who wasn’t complicit with the new regime was tortured and died the following year. 30 years later – after spending time as minister for health and becoming one of the handful of women ever to serve as minister for defence – Bachelet became president of Chile. During her first term she even had to decide whether to award Pinochet a state funeral.

See all episodes from Her Story Made History

Get the podcast of this and other great documentaries.