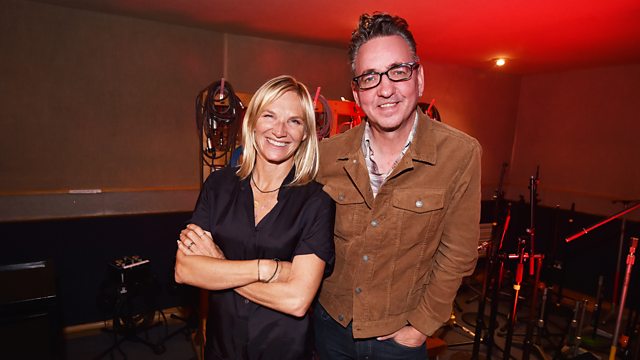 Richard Hawley plays live in session for Jo with tracks from his latest album, Further. Plus, whether you are picking up or dropping off, Jo provides the Taxi Service.

From Sheffield, Richard first found success with the Britpop band Longpigs in the 90s. He then joined Pulp with his friend Jarvis Cocker for a brief period as a touring guitarist, followed by a very successful solo career. He has been twice nominated for the Mercury Prize and once nominated for a Brit Award. He's also recently made music for films, such as 2017's Funny Cow. He released his eighth album Further in June, his first since 2015, and begins a UK tour at the end of September.

Plus Jo handpicks her favourite new music from all genres of the musical spectrum and quality vintage songs too. And whether you’re picking up or dropping off, Jo provides the soundtrack for the Taxi Service.