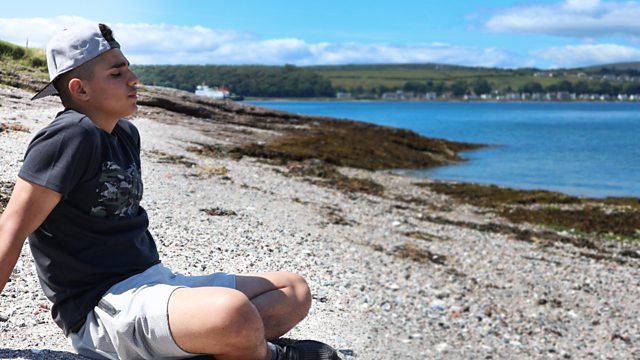 From Syria to Scotland

This Our Lives documentary follows the new lives of the Syrian refugee families who have made the small Scottish island of Bute their home.

This Our Lives documentary tells the story of the Syrian refugee families who, since December 2015, have made the small Scottish island of Bute their home. Bute’s newest residents have found sanctuary on this peaceful isle – a place of safety after the horrors of the Syrian war they have escaped.

We meet Mounzer who runs the Orient Salon, so-named after the busy barber shop he ran in his native Damascus. Next door to the salon is the restaurant and takeaway bringing a taste of Syria to Bute. It’s run by Rahaf, a former teacher, and her husband Fadel, a former engineer. With the need to get many of their ingredients from Glasgow, a 90-minute journey away, Rahaf is eager to pass her driving test and become the first Syrian woman on the island to do so.

14-year-old rapper Ali’s family was among the first group to arrive on the island and, despite losing his father in the conflict, is optimistic about his future and has ambitions to become an aerospace engineer. Mohamad and his wife and three children are the most recent Syrian family to arrive on the island. We join former tourism executive Mohamad as he begins work at the local blacksmiths. He’s creating some decorative metalwork for a historic building - a little piece of Syria in Scotland!