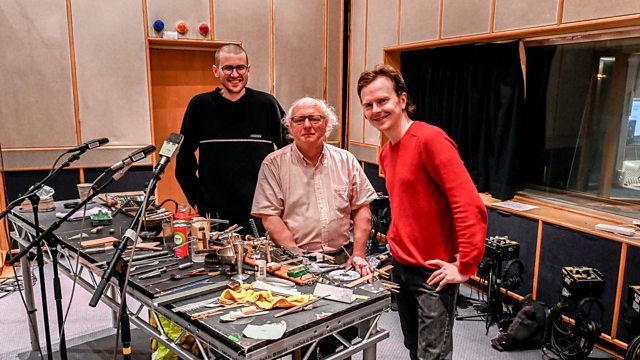 Consummate improviser and musical magpie Adam Bohman comes together with the arranger and cellist Oliver Coates and inventive multi-instrumentalist Laurie Tompkins, the founder of Slip records in this Late Junction collaboration session. Each an innovator in their own sphere, this trio have never worked together before but found common ground in their use of everyday items to make playful music. Over the course of a day at the BBC’s Maida Vale studios, they crafted several dynamic pieces with Oliver on cello and samples, Laurie on synth and lampshade, and Adam Bohman taking his bow to a huge variety of everyday objects from broken CDs to old loyalty cards, combs and metal rulers, not to mention a selection of text pieces based on Chinese takeaway menus.

Plus, Max plays music from Nairobi for the short of breath; we have a vocal hot potato written by Erin Gee for the TAK Ensemble, and an imaginary soundtrack inspired by the strange connection between the six Hawksmoor churches of London.

Music from the Maldives and underwater instruments