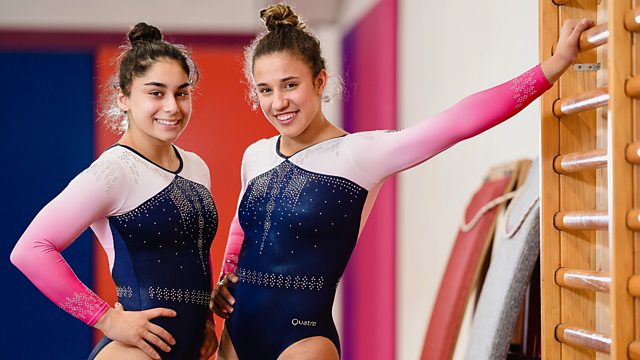 Everything We've Waited For

Amelie and Phoebe compete as seniors for the first time ever at the Artistic British Championships!

In the final episode of the series, Amelie and Phoebe face their most daunting experience yet - for the first time ever they are competing as seniors, which means they are up against their gymnastic heroes and the competition will be tough!

Phoebe has a new move on the parallel bars that she is is hoping to pull off, while Amelie is going to perform her new floor routine. With such strong competition, will the girls be able to hold their nerve and make an impression in their first British as seniors? Back in the gym, Nile Wilson has the results of another equally important competition - the Gym Stars Challenge. Will Nile and his celebrity mates have beaten the Gym Stars – or will the Gym Stars come out on top? Nile has the famous envelope with the results inside.

This is Where it Starts—Series 2