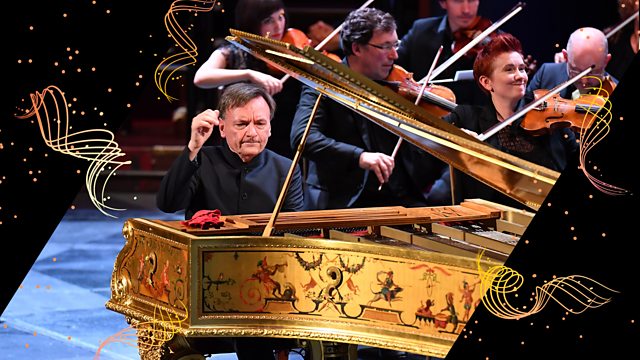 8.15
Interval - Proms Plus
With Queen Victoria’s piano centre-stage in tonight’s concert, historians Lee Jackson and Kathryn Hughes discuss what kept Her Majesty’s subjects amused indoors and outdoors. Lee Jackson is the author of Palaces of Pleasure. Kathryn Hughes has written about George Eliot, Mrs Beeton, and Victorians Undone: Tales of Flesh in the Age of Decorum. Hosted by Rana Mitter. Produced by Fiona McLean.

The Proms celebrates the 200th anniversary of Queen Victoria’s birth with a glimpse into the monarch’s musical life.

The programme features music by her favourite composer, Mendelssohn, including his lively ‘Scottish’ Symphony and First Piano Concerto, which will be performed by Stephen Hough on Victoria’s own piano, loaned by HM The Queen from the Royal Collection.

The concert also includes a suite from Arthur Sullivan’s ballet Victoria and Merrie England, composed to celebrate the Queen’s Diamond Jubilee, as well as songs by Prince Albert.